Henrique Yuichi Komatsu was born in Pereira Barreto in the interior of Brazil to a family of Japanese immigrants. After receiving his BA in philosophy from the Federal University of Paraná, he taught English in Rio de Janeiro. He then studied law at the Federal University of Mato Grosso do Sul, passing the bar exam in 2016. He now works as a federal clerk of court in Campo Grande.

He independently published his first novel, A Igreja de Pedra (The Stone Chapel) in 2003, followed by a second novel, Concerto para Quarto Mãos (Concerto for Four Hands); a collection of short stories, Cidade Dormitório (Commuter Town); and a children’s book, Gangorra, ou História Triste (Seesaw, or Sad Story). In 2017, Confraria do Vento issued another children’s book of his, A Menina que Viu Deus (The Girl who Saw God), and it will soon publish his collection of personal essays, Ototo. His essay, “The Polis Amidst the Rosewood,” was recently published in English online by Contemporary Brazilian Short Stories. His creative nonfiction, book reviews, and short stories appear at his blog, Komatsu: sobre carimbos, ofícios e processos (Komatsu: On bureaucracy, legal papers, and rubber stamps). His essay “Dead Time” appears in the original Portuguese (“Tempo Morto”) at the blog. 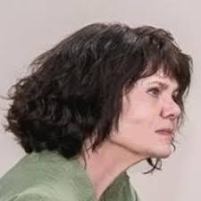 After studying several European languages, Catherine V. Howard wanted to push further by learning an indigenous Amazonian language. While living with the Waiwai in northern Brazil for two years, she became fluent in their language and documented four others on the verge of disappearing. After teaching anthropology for fourteen years, she decided to return to Brazil and become a full-time translator. She now specializes in translating social research publications from French, Spanish, and Portuguese into English through TranslationCraft Services.