Milton Hatoum is a Brazilian writer, translator, and professor. Born in Manaus to a family of Lebanese descent, he taught literature at the Federal University of Amazonas (UFAM) and at the University of California, Berkeley. He has written four novels—Relato de um Certo Oriente (Tale of a Certain Orient), Dois Irmãos (The Brothers), Cinzas do Norte (Ashes of the Amazon), and Órfãos do Eldorado (Orphans of Eldorado)—and received such prizes as the Portugal Telecom Prize for Literature and Prêmio Jabuti for best novel. His books have been translated into several languages, including Italian, English, French, Spanish, Danish, Czech, and Arabic. 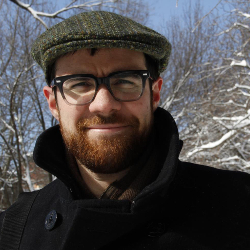 Eric M. B. Becker is an award-winning literary translator and journalist, and editor of Words without Borders. In 2014, he earned a PEN/Heim Translation Fund Grant for his translation of a collection of short stories from the Portuguese by Neustadt Prize for International Literature winner Mia Couto, forthcoming from Biblioasis. He was resident writer at the Louis Armstrong House Museum in 2014.  Becker was recently awarded a 2016 Fulbright grant to translate Brazilian literature. Before assuming the editorship of Words without Borders, he was assistant managing editor at world literature journal Asymptote when it earned a London Book Fair International Excellence Award.